Many years ago, I wrote some VBA code to calculate the length of a multi-segment line in Visio, see Automating Area and Perimeter Length Shape Data , but Microsoft have since provided a handy ShapeSheet function, PATHLENGTH(…), to do the same without any VBA. The function is described on one of the pages in Visio ShapeSheet Functions O-R , but here is one way that it can be incorporated into a useful shape for, say, cabling or piping, and thus be available in Shape Reports. Moreover, the Shape Data can display the length of each of the segments in the line, in addition to the total length.

I chose to modify the Dynamic Connector master in this example, but it could be added to any 1D master shape.

I also chose to add in the ability to select the display units and the number of decimal places. The following images are of the ShapeSheet in both Value and Formula display modes.

The REPT(…) function will simply repeat the “0” character as many times as defined by the value of Prop.DecimalPlaces

Where n is from 1 to as many as you expect to be the maximum number of segments.

The Length Shape Data row could be Invisible=TRUE.

The invisibility or each of the multiple Segmentn rows is controlled by checking if there is an error returned by the PATHLENGTH(…) function.

That is all that is required! 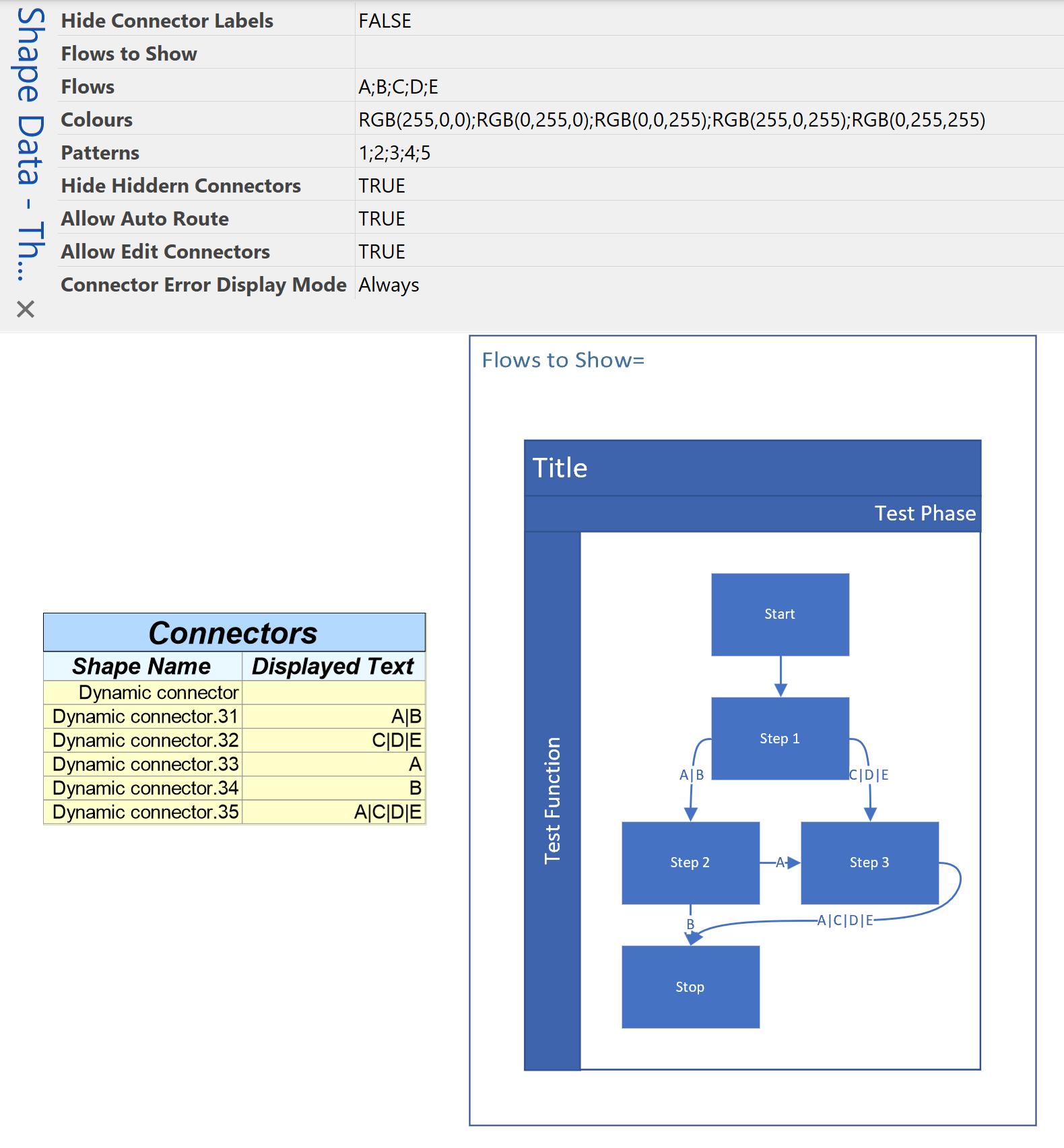